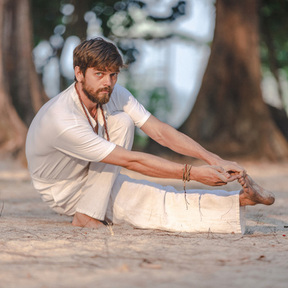 Nick was born in California with the soul of a wizard and thirst for adventure. He began experimenting with yoga in his adolescence alongside his mother. While studying at university in 2008 he undertook the practice sincerely and has been a dedicated practitioner ever since. He holds a degree in philosophy as well as certifications in Hatha Yoga and massage therapy. He began teaching yoga in 2013 and has completed over a thousand hours of training in various disciplines.

Being a specialist in yoga means being a generalist in everything. Nick is inspired by the spirit of the Renaissance, thinkers and artists who were not content to be confined to a single subject but sought to integrate multiple disciplines. While no Da’Vinci, Nick approaches yoga as the nexus point for a diverse and often eclectic field of study. Guided by an unquenchable curiosity in life’s mystery, he delights in drawing connections between yoga and metaphysics, psychology, exercise science, history, mythology and pop-culture.

Nick is a strong advocate for self-guided practice, and goes out of his way to provide serious students the materials and inspiration to take responsibility for their own growth. His classes are characterized by his clarity of instruction with an emphasis on alignment. His great passion for teaching and sharing what he himself has loves is obvious in an instant and his relaxed manner allows students of all ages and ability to feel comfortable in their body. 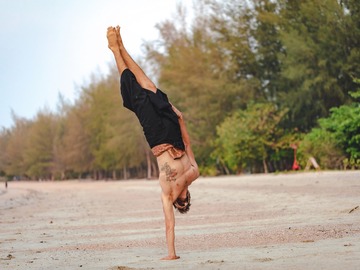